I’ve seen Evita Peron of Argentina and Haileselassie I of Ethiopia as the two faces of a dime. Or “YeZinjero Konjo”, as the saying goes. Which doesn’t mean I don’t find the idea of royalty exotic. If you can’t see anything cute in people who expect you to be humbled (and take offense when you didn’t) in their presence for the mere privilege of birth right, you’ll atleast appreciate their looks.

With one infamous exception, royalties are a good looking bunch. They got everything in the book to make them perfect for the ideal “bed fellow, in marriage pleasures playfellow” candidate. They got the looks (a result of a procreation system somebody once referred to as “breeding”, as in.. you know.. horses), they got manners, long titles and old money. So you bear with them, even when they refer to themselves as “His Imperial Highness Prince Ermias Sahle-Selassie” –of LaLa Land?!— and have your boss scold you for not realizing you do not refer to “Leul Be’edeGebriel HaileYesus” as “Ato Leul”.

What brought about this musing is a suggestion from Inem about a publisher based in America who might consider taking a look at my [rejected] book and respond in less than 2 years. This suggestion came with an e-mail address. An e-mail address that created an impression and a desire to-write-a-post-on in my bosom. Goggling for a supporting material make me stumble on a “royalty” website entitled The Crown Council of Ethiopia.

The story I was looking for, which is credited to either Literary Giant NeGaaDras Tessema Eshete or “socio political pundit” Aleqa Gebre Hanna, can be considered as the Ethiopian version of a famous western proverb. It goes:

The tale involved a man of considerable wealth and status who was invited to a dinner with the “Heads of State” from several countries. Upon his arrival, the man, dressed in a fine business suit, was scolded for wearing common clothing to such a formal affair. He was asked to leave and to please return properly attired. After some time, the man returned to the party dressed in clothing “fit for a king.” Later that evening, as each course of the dinner was served, the same man, instead of eating, was observed stuffing pieces of food into every one of his pockets. Outraged, the same person who had scolded the man earlier questioned why he would embarrass his host with such odd behavior. The man turned to him and calmly replied, that it was quite obvious that it was not he who was invited to eat, but his suit.

Unfortunately, and as the ‘yawn collection’ herebelow would bear witness, there are so many things a cover could tell us about a book (or a human being) that we can’t rule out ‘judging a book by it’s cover’ beDeffenaw. Things that may or may not be negative (like ‘he ain’t trying to impress anybody’, ‘boy he must love that leather jacket’, ‘I wonder if she’s washed it ever since she bought it’) but can come quite handy in our dealings with the individuals.

I judge a book by the title on the cover. I know it’s not always wise since “Animal Husbandry” has proved to be one of my favorite comedies of all times. [But I do it anyway]. When I’m not judging a book by the title, I’m judging it by the various reviews it received from respected authors or magazines on the back. If such review doesn’t exist or seems to continue showing the book in a favorable light, I go to page 1 and read the first paragraph. If I like what I read, I take the book. If I don’t, I leave it where it was.

When it comes to people, I like to think I judged them by their ability to rationalize and on their confidence to form a thought of their own. For that’s how I prefer to be judged (and I try to do what I’d like other do for me, most of the time anyway). But there are sub-categories to which we all intentionally or unintentionally ‘classify’ those we are not familiar with. We classify them by the cars they drive, the houses they drive into, the type of friends they keep and the brands of cell phones they carry. Hell, we even judged them by the numbers of those cell phones once. (Remember all those jokes made on people with a cell phone number that did not start with either 0911 20 or 21? The chic, the traffic light and the beggar?).

And who is to blame us?

We all judge. Even those who tell us they don’t judge people are silently judging us for being one. The difference comes in the response each of us give to the impressions based on those qualities or categories. Some of us put the Presidential Veto on Volkswagen driver and get jiggy with flashy car owner, or so bitter men and romantic fictions of the 1980’s tell us. Others, firmly believing suitor #2 to be a jerk and/or a womanizer who expects them to “kiss the ground” for having found grace in his eyes, simply ask suitor #1 to park his ‘Qenubish’ as far away from their “Sefer” as possible but allow him walk them home. Mostly, though, we keep our judgment to ourselves and hope there was more to the person than what the car promises. Ending up with either a pleasant surprise or a valuable lesson. ‘LeBeGo newu’ endilu YeKerchele lijoch.

When it comes to firms, most of us can’t afford such luxury. A language school that misspelled the word “Language” for whatever reason, a hip-pastry whose menu has “Qorasa”/”Kurasa” in place of Croissant, a movie that boasts either Jean Claude Van Damme or the Distinguished Senator from California and an organization (especially a firm connected to IT) that claims to be well established but has a yahoo e-mail address don’t seem very appetizing. “Imagine” I have reasoned of the first two and the final one, “these people didn’t bother enough to have their name/product spelled correctly (or buy an ethionet e-mail address for a lousy 185 birr). You think they’d take care of your business with the quality it deserves?”.

Now, I’m not sure if it’s our culture and it’s ‘bilulign tetulign’ policy that makes us doubt (and suspect) anything that came cheap or for free, but I find it hard to take a firm with yahoo/hotmail/gmail address, bad web page design and cell phone number in place of land line seriously. Take one look at the following travel agency websites, of more than 15 years and less than 4 years’ experience respectively, and tell me which you’d rather handle your tours Website #1. Website #2.

Incase you are wondering what my attitude on “the thought counting” is, I don’t think you need to buy expensive presents to help you give those you love a piece of your heart. But you can give them something they’d like, or badly need. As the saying goes, where there is a will, there is a way. Hope that comes helpful in your Christmas shopping. 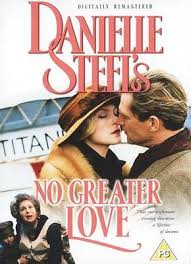 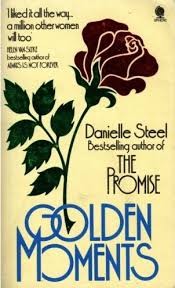 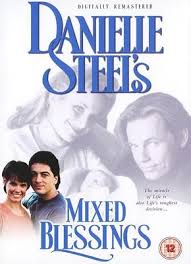 The blogger tries to think outside the box, or wonder why she sometimes can't.

"I will speak for you, Father. I speak for all mediocrities in the world. I am their champion. I am their patron saint." - Antonio Salieri, from the movie "Amadeus"

Some classic Some modernish And some Yirdaw... When I need a ringtone When I feel nostalgic When I need poetry